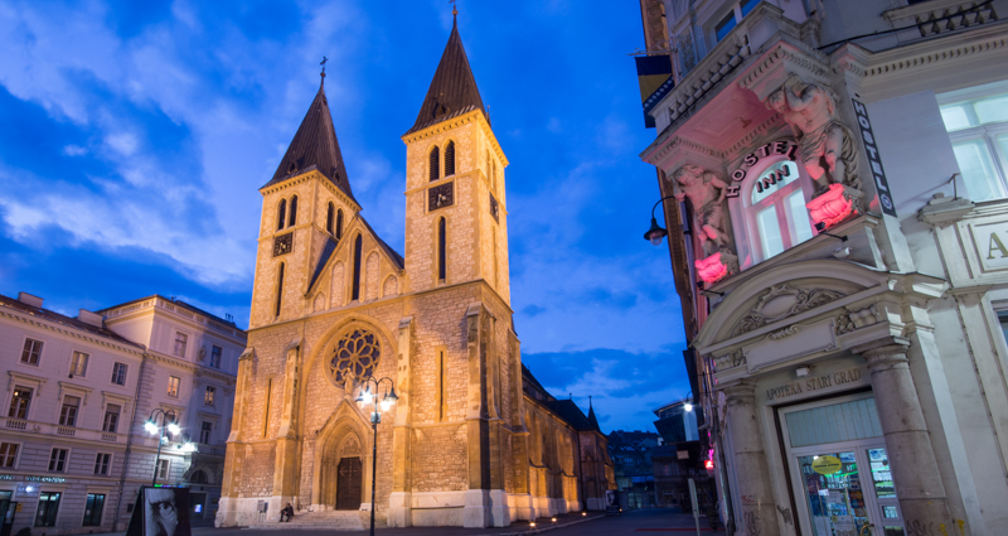 The building is in the Neo-Gothic style, with Romanesque Revival elements; architect Josip Vancaš modeled it after the Notre-Dame de Paris. Work began on 25 August 1884, and was completed in August 1889. The Bishop of Dubrovnik was present for the opening. Peace demonstration in front of the cathedral on September 1991 prior to the outbreak of the Bosnian War. The building was damaged during the Siege of Sarajevo, but not completely destroyed, and the damage has since been repaired. The building is often considered as a symbol of the city: The design above the door to the Cathedral is part of the flag and seal of Sarajevo Canton and the Romanesque towers are featured on the flag and coat of arms of Sarajevo.